Peter Russian is the Head of Global Consulting at the Intent-Based Leadership Institute and will be co-presenting for the IBL Bootcamp series through Keogh partnership in October and November.

During the many rain breaks of the recent Ashes series in England, Sky Sports filled time by taking us back to the 1980s and ’90s. It was a tour of nostalgia, of different haircuts, stadiums and TV production.  It was a reminder of how much has changed in our lives in the last 30 years.

But when it comes to the workplace, how much has really changed?  Things might look a bit different, and of course, technology has had a profound impact on the pace of work and communication.  We have more flexibility, more diversity, and in many cases a fairer working environment.

But the basic management model which has existed for more than 100 years has largely remained unchanged.  There are leaders and there are followers. Leaders set the strategy, make the big decisions and inspire people to complete tasks, reinforced in their actions and behaviours by well-established mantras like “Leadership is the art of getting someone else to do something you want to be done because he wants to do it.”

“The global spend on leadership development is in the order of $30bn. But if you look at the trends in productivity and engagement, there’s been very little shift.”

Businesses almost always want the same thing: to create more engaged and motivated teams, which in turn will bring about productivity gains. However, it became obvious that repeating the same top-down approach means change is short-lived. It’s a bandage, a pill to help ease the pain without tackling the root cause.

I loved my time with Investors in People – we reached thousands of organisations providing external review and accreditation of their culture and commitment to training. We also developed and launched the Investors in Young People programme for the Scottish Government which resulted in 500 organisations receiving accreditation for their commitment to recruiting and developing young people.

And then I had my lightbulb moment.

I was introduced to a US Navy Submarine Captain, David Marquet, who had done some extraordinary things, changing the “basket case of the fleet” into the flagship, without giving an order, and in doing so creating a new generation of leaders. I couldn’t foresee how much his work would change my life. 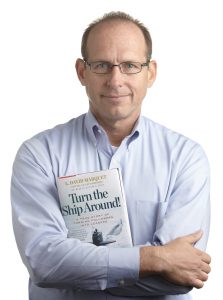 Fortune Magazine proclaimed that Turn The Ship Around is, “the best how-to manual anywhere for managers on delegating, training, and driving flawless execution.” It’s just been recognised as #3 in the Best Company Culture Books of All Time (beating out leadership gurus such as Lencioni, Collins and Sinek). USA Today had already voted it as one of the 12 best business books of all time. I wish I’d found it sooner, but we don’t know what we don’t know.

David Marquet’s take on leadership was so different from what I had experienced that I reached out to him, initially forming his first UK partnership with Investors in People Scotland (by then rebranded as Re: markable).

Then I really did jump ship, moving to join David’s team to lead the global consultancy arm of the business. I’ve now presented and facilitated in the UK, USA, China, Switzerland, Kenya, France, South Africa, Spain, Sweden and many others. Now I’m bringing the in-depth IBL Bootcamp to Australia, co-facilitated with Keogh.

What sort of businesses use Intent-Based Leadership?

In the last few years, I’ve worked with a wide variety of companies: multinationals like Fujitsu, DSM and Ricola; NatWest, UK Passport Office, the largest social landlord in Europe and a UK fire service… right down to a single branch of Specsavers.

Whether your business has a small team, you hire contractors, or you have 50 global divisions, Intent-Based Leadership will change the way you think about leadership, change the way you lead, and will have benefits organisation-wide.

Our focus is on changing what leadership means and who leaders are but through practical actions rather than deep philosophical chat.

Many organisations talk empowerment. They know they need to do it, but they don’t know how.  Our approach offers a structured approach to delegation which helps leaders give up control, build ownership and create the environment in which people want to be involved and take responsibility.

Whether you’re on a treadmill of constantly trying but not seeing the results, or you lead a great team but you don’t want to stand still, Intent-Based Leadership will make you think and act differently.

Come and give it a go.

What we’re most recognised for is helping leaders become massively effective in delegating decision making so that they can work on the business rather than in it. At the same time, we build psychological ownership in teams to create bottom-up innovation. I really hope you can jump aboard.

Peter Russian has held many non-Executive Roles in Scotland, leading organization change at Social Investment Scotland and the Centre for Enterprise. He is a member of the UK Council for Leadership and Management, the UK National Training Awards, the CBI Scotland Council, Devonshire House Scotland (Chair) and the Scottish Football Association Club Academy Scotland Assessment Panel.

Peter will be co-facilitating the Intent-Based Leadership Bootcamp Series in Australia. Limited spaces are available to join through EventBrite. 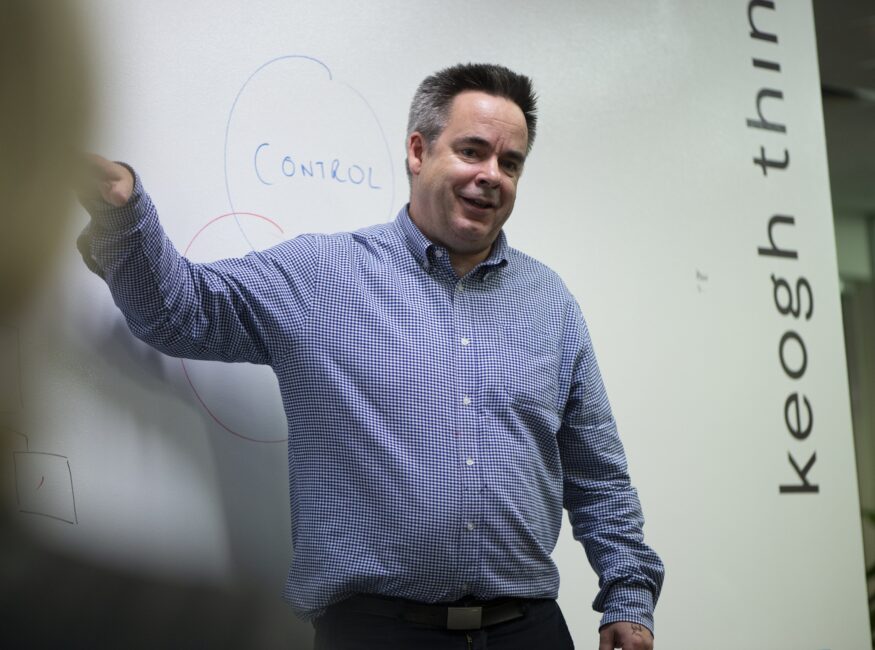 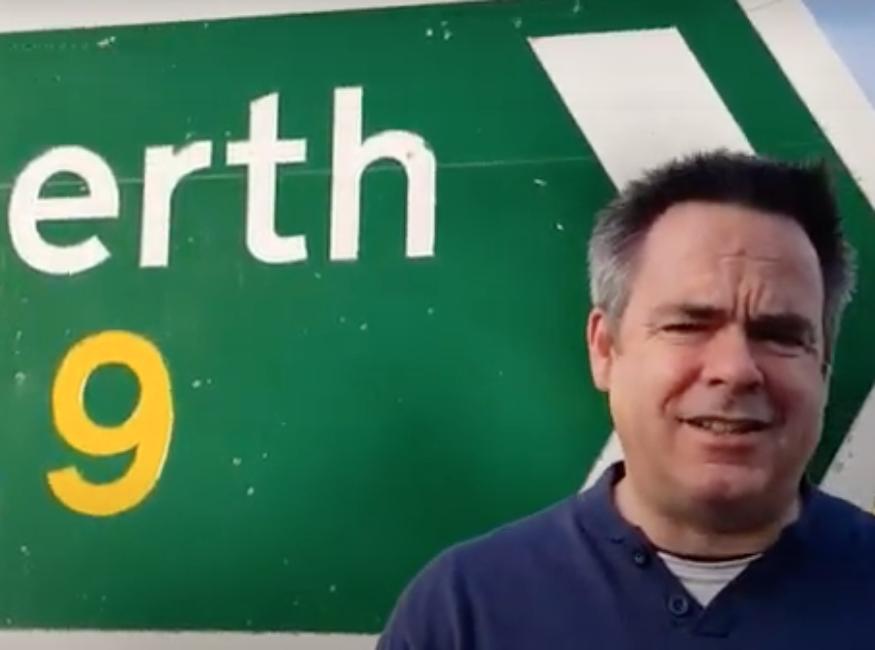 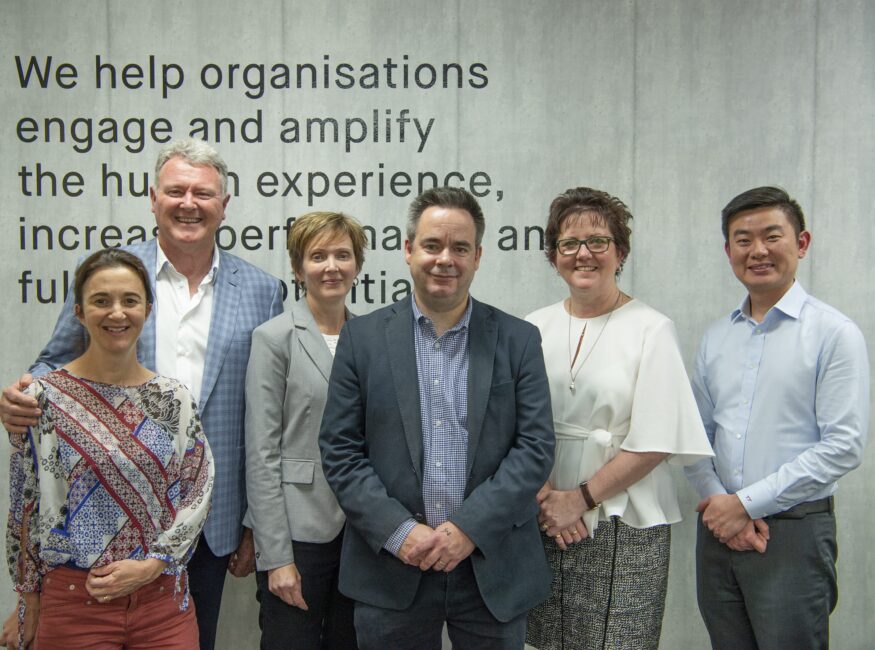