CEO Margit Mansfield was invited onto the ABC Perth Drive program to discuss the possibilities of implementing a four-day work week, as 30 organisations in Australia and New Zealand prepare to trial the concept from August.

Below is a text transcript for the interview between Drive host Geoff Hutchison and Margit Mansfield.

GEOFF HUTCHISON: There is no doubt the Pandemic has changed many attitudes to work in the workplace, perhaps less profoundly so here than in other places. But many people have become so used to working from home, it’s been quite the battle to encourage them back to the office. The Pandemic also shows that not everyone has to be on deck every day for the smooth running of that office. People have proven to be productive working from home.

In recent years, the idea of a four day working week has aroused greater interest and the Pandemic appears to have made it doable, potentially. Several countries have gone down this path. New Zealand, one of the first, Iceland, trialled it for four years. We’re now told that 85% of Icelandic workers now work a four day week. In Britain, 30 companies announced earlier this year they would trial the idea to assess benefits and setbacks.

And similarly, in Australia, more businesses have wanted to consider the benefits, as we heard with Nadia this morning. Today on Drive. Would you like the option? And secondly, could you make the case that by working four days a week, you’d be just as productive as if you had to be there from Monday to Friday? And if you’ve already done it, what changed in your life when you cut back your hours? 1300 222 720 or text me 0437 922 720.

Margit Mansfield is in the consulting business and is a business transformation specialist. Margit, good afternoon to you.

GEOFF HUTCHISON: Lovely to have you on the wireless. Margit, is the argument a genuinely compelling one these days, or is it just a kite that we like to fly every few years? The prospect of a four day working week?

MARGIT MANSFIELD: That’s a big question and there’s no straight answer to that. I think it’s clearly a trend that is getting a lot of momentum and a lot of attention, but I don’t think it’s a silver bullet. I think people are grappling for answers as to how to keep a post-Pandemic workforce motivated and how to recruit new talent. And this is one way, but it’s certainly not the only way and it’s certainly not going to be the answer for everyone. That would be my view.

GEOFF HUTCHISON: I read a quote from you, Margit, where you said that the Pandemic forced upon us a massive social experiment. Are the results in, the experiment of people working away from home? Do you think we’ve got a keener sense of what people are capable of doing and what they might want to do when they work today?

MARGIT MANSFIELD: Well, I think organisations have realised that many more people and many more roles are able to be executed from home than in the office. So I think it surprised a lot of employers that actually these jobs can be done from home. So I think the evidence that we underestimated the number of jobs that can actually be done from different locations is definitely supported, but there’s still a lot of, I like to work on a lot of evidence, so I think these trials that are currently going on, in terms of a four day week will be very interesting both in the UK and I believe the trial is going to start in Australia and New Zealand in August, so I think the jury’s still out.

GEOFF HUTCHISON: Are you of the view that the conversation is not then so much about a four day workweek which is a big, big headline, isn’t it? We think of that, we can grasp it and we think, oh my goodness, imagine if I didn’t have to work on Friday, imagine if I could just work four days. That is sort of the headline of the biggest story but you’re sort of saying to me today that there are many conversations going on within that about greater flexibility and about greater time ownership.

MARGIT MANSFIELD: Absolutely. I think that’s the more important problem to solve is giving people more flexibility and more autonomy about how they want to work, where they want to work, and when they want to work, and some people will be really up to that challenge and really want to fully dictate how that happens and yet there are also some other people that like the structure of just telling me “I need to do this between 8 and 5 and I’ll happily do it.” So I think we’re searching for a binary yes or no, either or solution, to what is a very complex challenge.

GEOFF HUTCHISON: Our Icelandic friends seem to have managed it quite well and I know the population is not very big there but the idea now that 85% of people in Iceland are now working this sort of version of a four day work week. I’m sensing too though, that if we talk about one of the rare positives to emerge from these very strange years we’ve experienced, is that people are quite capable of working in environments other than the office that they don’t have to be 9 to 5 desk slaves that we often do work, surprise, surprise, much better when we’re not treated like battery hens, do you sense that when people want a job now they will increasingly ask for time benefits, for time advantages rather than just the financial remuneration?

MARGIT MANSFIELD: Absolutely. I mean, no doubt, no doubt that Covid, if nothing else, has been taught us to take some time to smell the roses. So absolutely. I think people will want far more choice over where they work, how they’ll work and what times they want to work and I think organisations ignore that at their peril but I think organisations often need to be a bit broader in their thinking about how they offer flexibility as well. It’s not just the four day week, there could be many other things, because the four day week for me personally would be quite limiting, means I have to cram everything in one day as opposed to if I could work more flexibly and just choose when I wanted to work and hours I work, that would be far more appealing to me personally.

GEOFF HUTCHISON: That’s an interesting observation, too, isn’t it, that you’re talking about almost a simplistic idea. Well, we’ll remove that one day of the week where you have to work for us. The big question always is, will you feel like you have to cram five days into four? Will there be the expectation there when you get back to work on Monday, does your in tray suddenly look as if this is not doable? It would, I imagine, Margit, require all parties to be completely engaged in the responsibility and benefit of what this could represent?

MARGIT MANSFIELD: Absolutely. And I think what people need to then figure out is they have to absolutely redesign jobs and the work that needs to be done. Because if we are asking people, actually, you need to do a 40 hour or 50 hour job in 30 hours, then that may not be possible. So I think we need to change the whole ecosystem around whatever the reduced hours are, because it’s not just simply, well, just be as productive in four days, and you’re on five if the job is so big that they just simply cannot be done.

GEOFF HUTCHISON: Margit, it’s really good to speak to you. Thank you very much today. Margit Mansfield is the CEO of Keogh Consulting. Love to hear from you today. If you’ve already done it. What did change in your life when you cut back your work hours? What was expected of you?

This radio interview was broadcast live on the ABC Perth Drive programme on Tuesday, 21 June 2022, and the full episode can be listened to on their website. 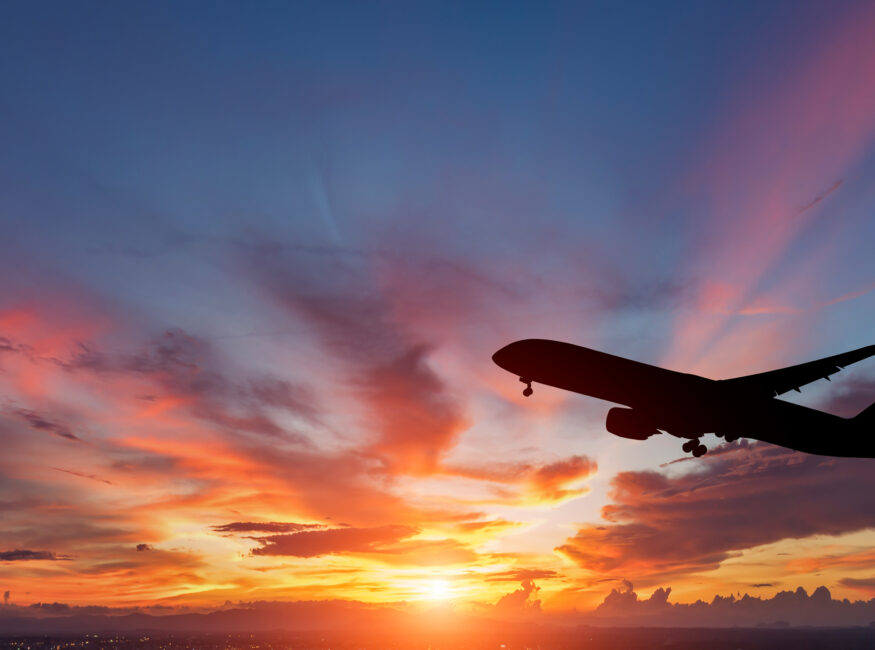 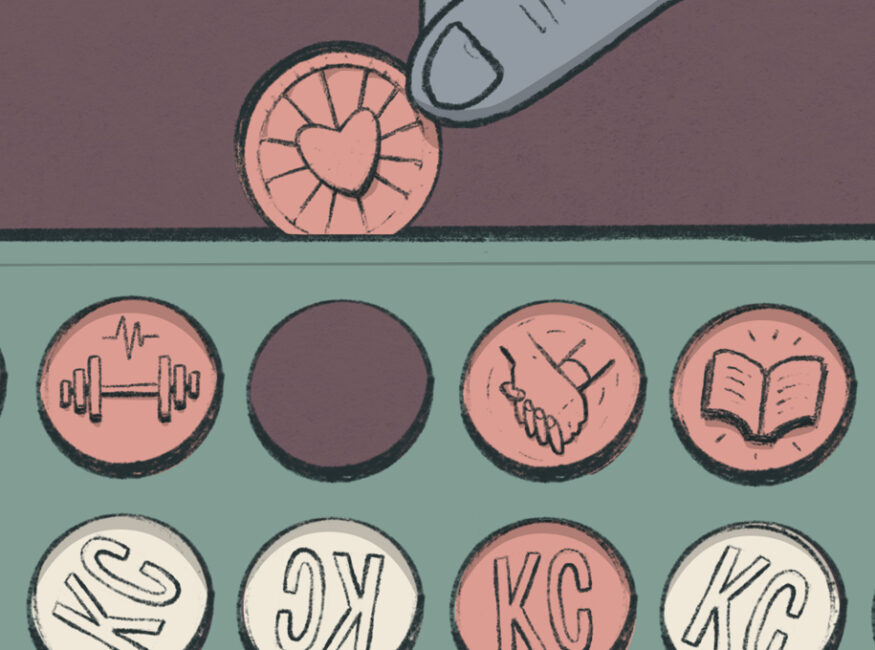 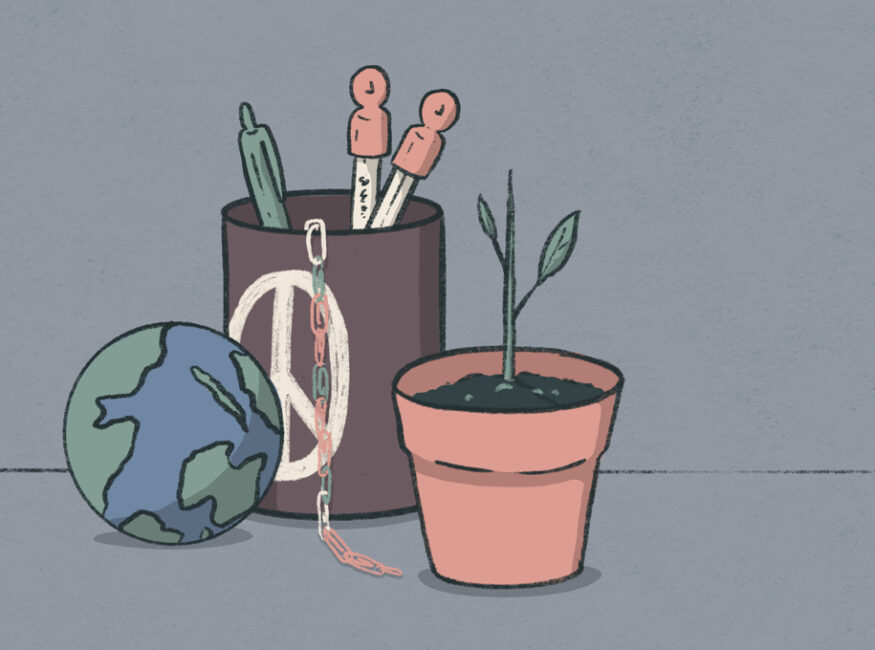